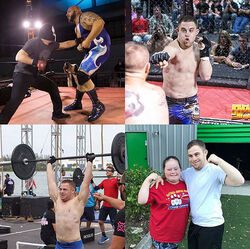 ​In 2014 Garrett earned the National Down Syndrome Society Self Advocate of the year award for his work.
As an Ambassador for Fighting For Autism he advocates for those on the autism spectrum.

has been as a coach of other special needs athletes. Through his foundations functional fitness program dedicated to those with cognitive and physical limitations. 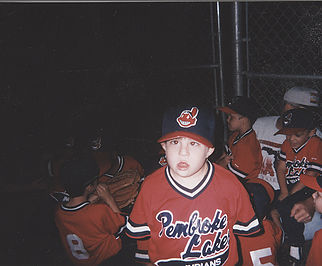 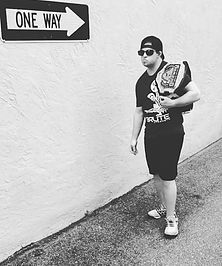 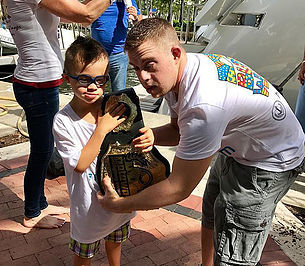 From birth we had the “Mind Set” of raising Garrett just like any other child having an older son at the time and later having their 3rd son
made this “Mind Set” part of our family culture! Early intervention was of course a key ingredient in Garrett’s development attending The Miami Learning Experience at 6 months.

During his school years Garrett would attend classes in the typical class room as we believed the full inclusion would help Garrett develop both mentally and socially. Garrett began T-Ball with his younger brother at the age of 8, at 12 played basketball in the J.C.C. league until the age of 18. Garrett has been a valued member at Home Depot for the last 3 years. At 28 Garrett lives the life of any typical person his age! Garrett has been on an amazing journey see some of the highlights below.
On June 23rd 2017, History was made  As the First EVER Adaptive Bantamweight Championship was held by Gateway Fighting Series - Spire Sanctioning.

This was the 3rd fight between G-Money 1-1 and David Steffan 2-2  who are the first ever adaptive MMA fighters to compete in the cage.

GARRETT HOLEVE TOOK ON A NEW CHALLENGE FOR A GREAT CAUSE  FIGHTING FOR AUTISM G-MONEY TEAMED UP WITH  JOSH "TKO" TURNER AND SCOTT "INSANE" LANE WATCH AS G-MONEY AKA "DARK PUNISHER"  EXECUTES HIS SIGNATURE MOVE THE "CRUCIFIX CHOKE" !

Paralympics Commercial
"Yes I Can" Must motivating video you can find

HLN - CNN story on G-Money and his quest to compete

Behavior​ Links PSA Highlighting the accomplishments of individuals with Down Syndrome, this "I AM..." Public Service Announcement serves to educate the community in hopes of changing perceptions.
www.Behaviorlinks.org 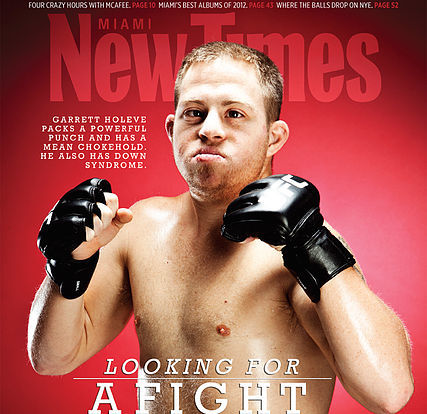